The History of Singles Day 11:11 – eCommerce Day and CrescoData statistics

Singles Day 11:11 – How it became a major eCommerce day around the world.

Singles Day 11:11 is a major eCommerce event around the world. But where did it all start?

The eCommerce of 11:11  stems from the term ‘Singles Day’. In 1993, four men from Nanjing University, China (Mingcaowuzhu dormitory) broke away from the monotony of being single. They agreed that 11 November would be a day of events and celebrations in honor of being single.

The Chinese digit 1 symbolizes an individual, a single person. 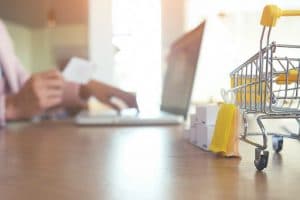 The number 11 symbolizes two individuals finding each other and being together.

2 x 11 is a celebration two single individuals finding each other on the special date 11.11.

This event spread to other universities, social media and grew in popularity among Chinese society. Eventually Alibaba’s e-commerce platforms turned it into a major shopping festival with more than US$75Billion in online sales.

The event is now an unofficial public holiday in China. It has however become the largest offline and online shopping day in the world.

Here’s the history of how that unfolded:

In 2009 a major southeast Asian marketplace launched its first Singles Shopping Day event offering huge discounts across various brands which saw great success and has now become a commercial day for the whole society. This is now rebranded as 11:11.

The top-selling categories sold on 11:11 include electronics, cosmetics, beauty items, and fashion. Some interesting stats for this major shopping event from Southeast Asia in 2019:

Over the past few years, other countries have started adding Singles Day / 11:11 to their retail calendar.

Singles Day avoided in some countries

As a result of this ever-expanding growth, there are some countries reticent to adopt Singles Day. For example expanding into the European and Australian markets is problematic. November 11th is already Armistice Day (Europe)  a day to commemorate the armistice agreement that ended the First World War on Monday, November 11, 1918, at 11 a.m. For Australia it is Remembrance Day which marks the day World War One ended, at 11am on the 11th day of the 11th month, in 1918. However, the potential revenue and brand awareness to be gained from the multibillion event are pushing some British retailers to take part.

The Covid-19 pandemic has changed consumer behaviour, with a significantly higher percentage of population indoors, this has increased the number of people online. In addition, people have increased their online spending due to travel bans and are now also willing to pay higher prices for products they would have usually purchased whilst travelling.

Here at CrescoData, we certainly saw a huge increase for 11:11 with orders increasing by a whopping 500% from 2019 and the amount spent over the sale weekend reaching almost US$1 million dollars a day across the SE Asian marketplaces that CrescoData supports.